Latest release :
The book of the nearly
forgotten fairy tales

In spite of
everything

On this stage
of life

A night in
the city

About stepping stones
and lost dreams

Lothlorien is the name of a music project by B. Blanke.

The music of Lothlorien has it's own charakter, maybe you can say it is inspired by Pink Floyd and Marillion, but also by Bruce Springsteen and Bob Dylan.
The name Lothlorien is taken from Tolkiens ''Lord of the rings'' and means translated ''dream blossom land''.

In 1988 B. Blanke and five other people founded a band named Lothlorien. After the split of the band in 2000, B. Blanke decided to use the band name further and to publish his music under it. In 2001 he began with the recording of his first official album.
(For more details click here) 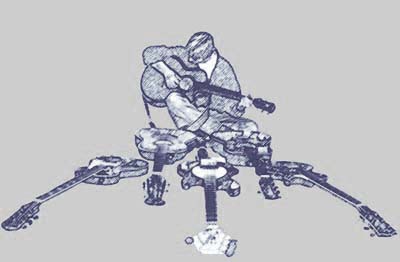